When looking at series six production photos, I came across this photo with who one believes to be Daisy Lewis 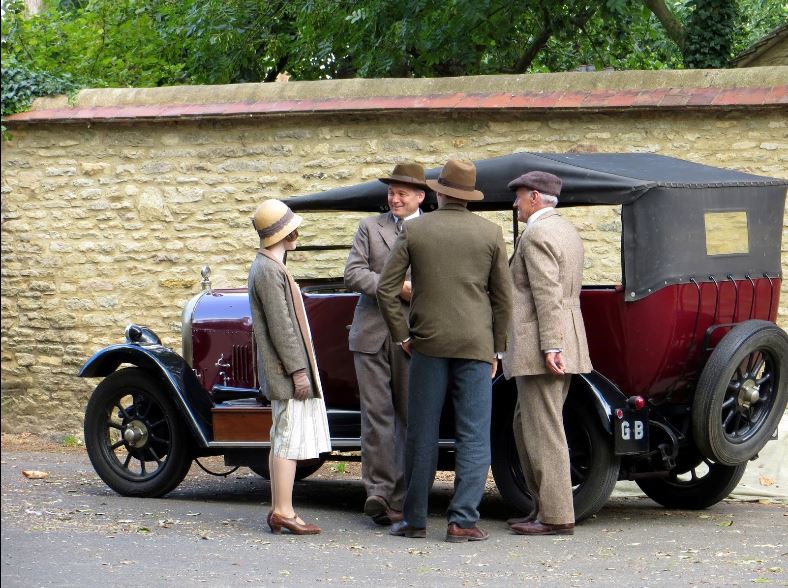 If you look at the most recent trailer, at about the 45 second mark Edith / Laura Carmichael is seen wearing an almost identical hat and gloves. The height would be a big clue, is it 5' 7" Laura Carmichael, or perhaps not even 5' Daisy Lewis? Sarah Bunting (sans hat) barely reaches the sholder of Tom Branson / Allen Leech. So how tall are the men she is talking to?

It would also make a lot more sense for Edith to be talking to three new characters than Sarah Bunting, since the program is about the Crawleys and their servants.

I did note at about the 41 second mark a Morris Cowley that looked an awful lot like the one driven by Sarah Bunting, however the driver sure looks to be male. Plus, it was never explained whether that was her car, since in her last scene she is seen leaving in a taxi.

There is no way this is is Edith. The actress is too short.

I wonder for what possible reason she would be back in Downton. Certainly after that episode with her insulting Robert, I doubt the family will ever welcome her back into the house again. As for Tom, while they might be friends I'm certain he wouldn't pursue her beyond that either.