2015 Christmas Special
Alastair Bruce is the historical advisor for the Downton Abbey series. Bruce has had a cameo role in all six series of the programme. His appearance as Lord Chamberlain in the 2013 Christmas Special of Series 4 was his first speaking part in the series.

In Series 1, he appears as a butler in the Dower House, in Series 2 as a soldier accompanying General Strutt, and in Series 3 as the river ghillie and stalker for Duneagle Castle. In Series 4, he appears as the Lord Chamberlain at Buckingham Palace. In Series 5, he appears in military garb alongside Robert, as he officiates the unveiling of the Downton war memorial. In the holiday episode of Series 6 he appeared as the butler at Brancaster Castle. 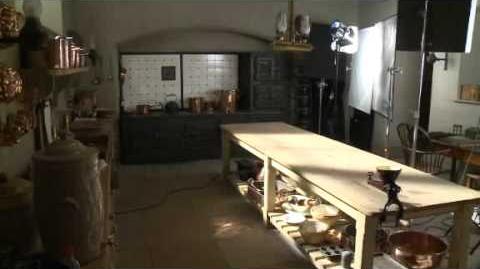 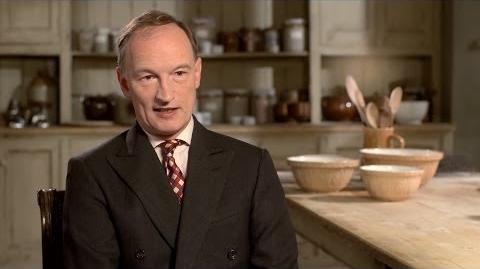