Start a Wiki
This article is a stub. You can help Downton Abbey Wiki by expanding it (click Edit).

Downton Abbey, the movie, is a film written by Julian Fellowes and directed by Michael Engler. The film was produced by Carnival Film & Television and Focus Features. It is expected to be released in autumn 2019.

The movie was announced to have a September 13, 2019 international release and a September 20, 2019 release in North America.[1]

After over a year of speculation, an untitled Downton Abbey-based movie was confirmed on July 13, 2018 by Focus Features.[2][3] There was first mention of the movie by president of NBC Universal International Studios, Michael Edelstein, on June 21, 2017 at a red carpet event in Singapore called Downton Abbey: The Exhibition.[4] Julian Fellowes confirmed earlier in mid June 2017 he has been working on a script.[5]

On October 2, 2017, the Downton Abbey Facebook account posted a teaser that could be related to a movie announcement,[6] but it turned out to be an announcement for Downton Abbey: The Exhibition in New York City starting November 18, 2017.[7]

At a press event in London on October 3, 2017, Julian Fellowes did not inspire confidence when he said he was "completely out of the loop" on the progress of a film.[8]

At the end of 2017, an interview with Phyllis Logan (Mrs. Hughes), suggested the wheels were turning for a movie, since cast members were asked to clear their calendars for some part of 2018 and an updated script was to be distributed.[9] Also, Highclere Castle is scheduled to be closed from May 30 to July 7, 2018[10] which some are speculating means it has been reserved for filming.

Dame Maggie Smith, Michelle Dockery, and Hugh Bonneville have all been confirmed to appear in the film. [11] The whole main cast (of characters that are still alive) have now been confirmed to be returning, except for Lily James as Rose Aldridge, as her character has moved to New York.[12] 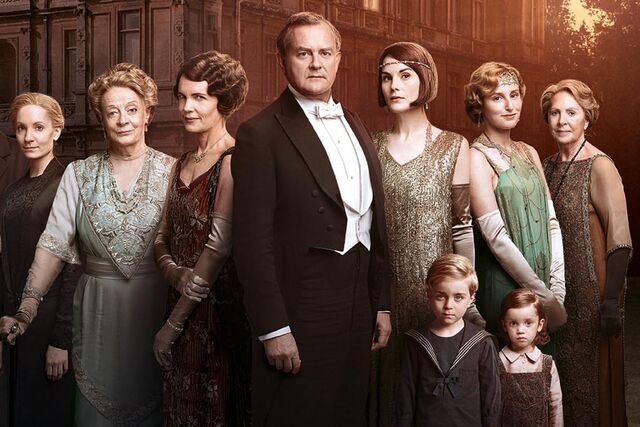 Misc scenes
Not in any particular order... 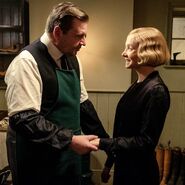 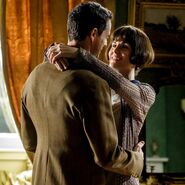 Mary and Henry dance[15]
Add a photo to this gallery 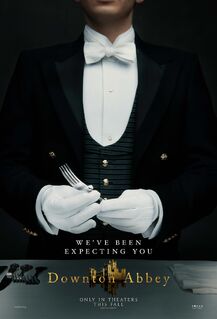 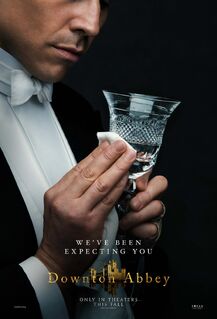 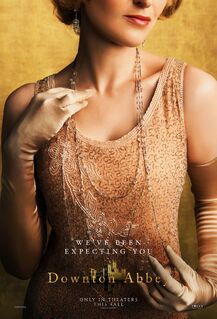 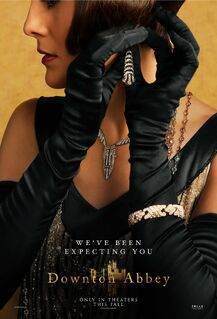 Mary[16]
Add a photo to this gallery 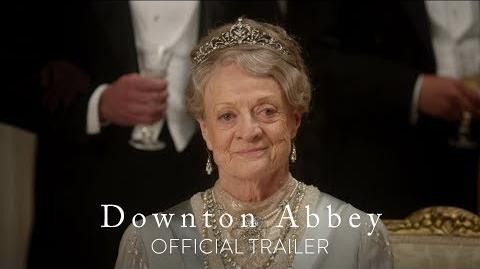 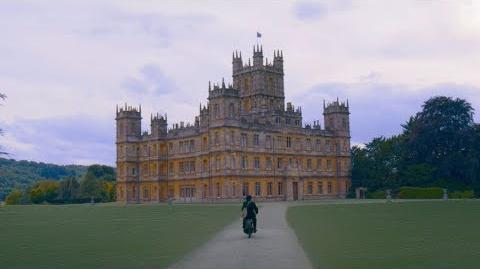 Town & Country Go Behind the Scenes of the Downton Abbey Film By Caroline Hallemann Oct 1, 2018

Elle Everything We Know About the Downton Abbey Movie By Holly Rhue Sep 27, 2018

PEOPLE Michelle Dockery Shares Photo from the Set of the Downton Abbey Movie: 'And...We're Off' Emily Zauzmer September 11, 2018 09:48 AM

Vanity Fair Michelle Dockery on Her Godless Emmy Nomination and the Downton Abbey Movie by Julie Miller August 17, 2018 11:53 am

Radio Times “Big news is on its way!” Is the Downton Abbey movie about to be announced? By Eleanor Bley Griffiths Monday, 2nd October 2017 at 3:18 pm

Digital Spy There's a special Downton Abbey announcement coming – but is it the film? By Sam Warner 2 October 2017
(Not really)

Vanity Fair Is This the First Major Clue About the Downton Abbey Movie? by Julie Miller June 29, 2017 10:00 pm

Vanity Fair The Downton Abbey Movie Is Definitely Happening, Unless It Isn’t by Yohana Desta June 22, 2017 9:08 am

TheGuardian.com Julian Fellowes webchat – your questions answered on The Wind in the Willows, Downton Abbey, winning an Oscar – and Nando's Tuesday 13 June 2017 09.17 EDT
Retrieved from "https://downtonabbey.fandom.com/wiki/Downton_Abbey_(film)?oldid=68112"
Community content is available under CC-BY-SA unless otherwise noted.