Duneagle Castle is the former home of young, headstrong Rose MacClare[1], and her parents, Hugh and Susan MacClare.

The castle is a grander step up from Downton Abbey, with deer stalking and fishing also on hand in the stunning surrounding Scottish countryside[1]. Rose also mentions that Duneagle did engage in pig farming when Downton decides to enter it.

In the 2012 Christmas Special the Crawley family visit for their regular holiday. They have visited every year except for 1914 - 1918 - because of World War I - and 1920 - because of Sybil's death.

Duneagle Castle was lost sometime after September 1921 as all the MacClare family fortune was gone. 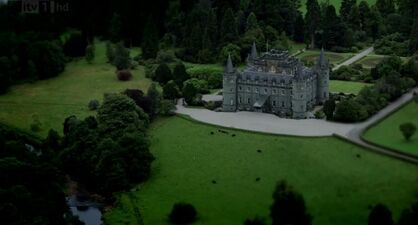 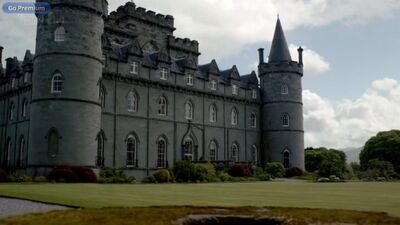 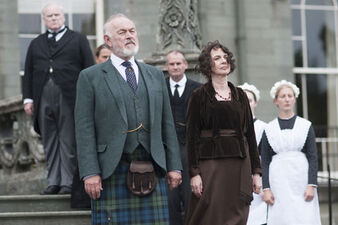 Lord and Lady Flintshire in front of their home 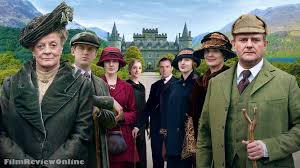 The cast in front of Duneagle 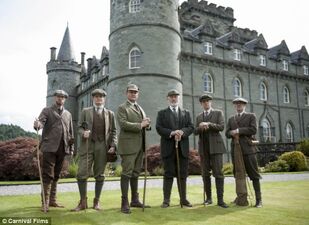 The stalkers lined up outside Duneagle 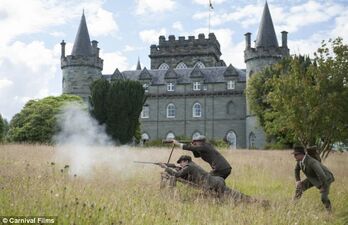 Stalking practice in the grounds 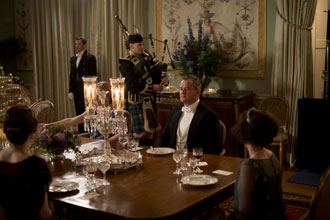 The Earl of Grantham at the dining table 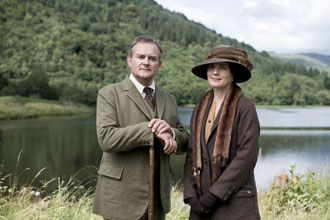 Retrieved from "https://downtonabbey.fandom.com/wiki/Duneagle_Castle?oldid=50729"
Community content is available under CC-BY-SA unless otherwise noted.