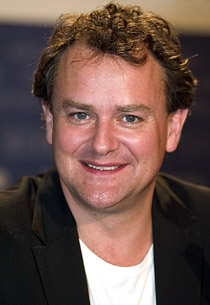 Hugh Bonneville is the actor who plays Robert Crawley in Downton Abbey.

Bonneville was born on the 10th of November 1963 in London. He attended Cambridge university and Webber Douglas Academy of Dramatic Art. He has appeared in many television series including Doctor Who, Poirot and the vicar of Dibley.

Retrieved from "https://downtonabbey.fandom.com/wiki/Hugh_Bonneville?oldid=8566"
Community content is available under CC-BY-SA unless otherwise noted.