Series Three of Downton Abbey is composed of eight episodes in addition to a Christmas special. It spans through the year 1920, and ends in 1921. Series 3 premièred in the UK on ITV on the 16th September, 2012, and premièred in the US on PBS on the 6th January, 2013.

It is a time of tremendous change in 1920, but for the Crawley family, it might be the end following a bad investment which results in a tremendous loss of money.

This series marks the first appearance of a number of Crawley relatives: Hugh MacClare, Marquess of Flintshire, his wife Susan, and daughter Rose; and most notably, Cora's mother Martha Levinson.

There are tense rivalries and romances below stairs with a number of new members of staff: footmen Alfred Nugent and Jimmy Kent and maids Ivy Stuart and Edna Braithwaite. Former maid Ethel Parks and her son have fallen on hard times, while Anna Bates is determined to find evidence to free her incarcerated husband, John.

Lady Mary Crawley and Matthew finally marry. The growing unrest in Ireland will also affect the Crawley family, as Lady Sybil Branson returns with her political husband Tom, where she will deliver her first child; a daughter. 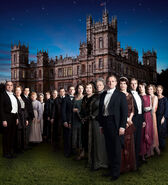 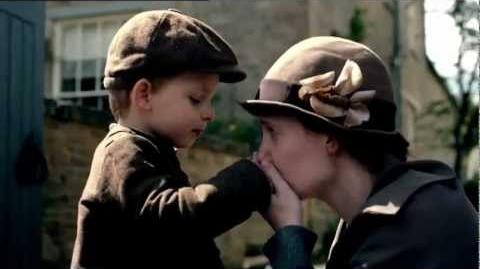