Series 4 of Downton Abbey consisted of eight episodes and a Christmas Special with the opening and closing episodes again being feature length. Series four continued the story of the Crawley family and their servants in the early 1920s and premiered on the 22nd September, 2013 on ITV in the UK and on the 5th January, 2014 on PBS in the US.[1][2][3] The story is set nearly six months after the end of the 2012 Christmas Special, and covers February 1922 into the spring/summer of 1923.[4][5]

Series four received a record audience in the UK, being the highest-rated drama on British television in 2013 with an average 11.8 million viewers.[6]

Julian Fellowes said that he wanted to slow down the pace of the drama, make it more subtle, and concentrate more on character development.[10][11]

This series featured the show's first black actor with Gary Carr appearing as Jack Ross, a jazz musician and singer.[12]

Two actors who did not appear are Siobhan Finneran (Sarah O'Brien) and Amy Nuttall (Ethel Parks) both of whom are not returning to the show.[13][14]

Dame Harriet Walter was on set on 22 March as new character Lady Shackleton, Violet's old "school friend." She was filming scenes for one episode, all of her scenes being with Maggie Smith.[16]

"You have a straight forward choice before you. You must choose either death or life."
—The Dowager Countess

It is nearly six months after the death of Matthew Crawley and Mary is adjusting to her new life and attempting to move on without the man she loved and raise her son, George.[23][24] She has two new suitors: Anthony, Lord Gillingham - who has known her since childhood but hasn't seen her since - and aristocrat Charles Blake.[25]

Tom Branson is taking on a larger role within the family, having become Robert's right-hand-man.[26] He also meets a new friend in schoolteacher, Sarah Bunting.

Tom and Mary spend more time together and their friendship continues to develop as Mary begins to get involved in the running of the estate.

There is some excitement in the nursery involving Nanny West.

John and Anna Bates' relationship continues as strong as ever, but not without some ups and downs.

Cora's new maid Baxter has a past with Thomas Barrow who has some sort of power over her.[27] 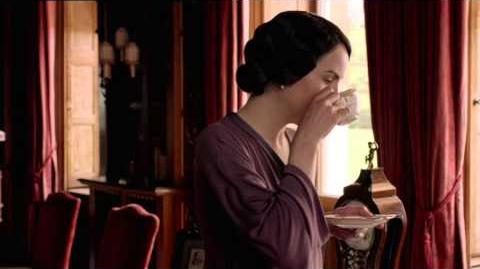 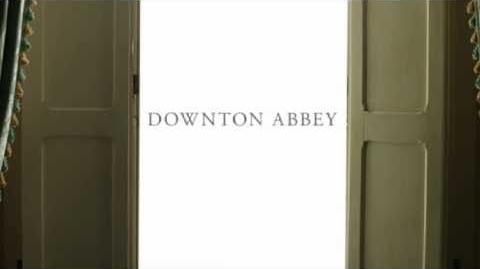