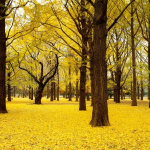 I'm really happy to have you here, and look forward to working with you! Please leave me a message on my talk page if I can help with anything. Amateur Obsessive (talk) 02:57, September 28, 2015 (UTC)

Because I disagree with it.  I do not believe Sybil was born in June and died in May.  I may be wrong (I know you believe I am), but I believe Sybil was born in the time frame between August/September to December and died in August/September. I think this because of the following points: Sybil was pregnant by December 1919, as she told Cora by letter.  In the first episode of season 3, it is "spring 1920" which can be March, April, or May.  By this point Sybil is around three and a half months pregnant at least, and four months pregnant and most.  We can infer that she cannot be along any further because it would have started to show (if everything is done realistically; the costumes and such).  Therefore, it is most likely March or April at this point.  If Sybil was four months pregnant, she would give birth in August or September, and also die in August or September.  Her birthdate would be after her death, so she would have been born between August/September and December 1895.  Superstar Sybil (talk) 02:42, January 3, 2016 (UTC)

Retrieved from "https://downtonabbey.fandom.com/wiki/User_talk:Greenturtle333?oldid=59902"
Community content is available under CC-BY-SA unless otherwise noted.