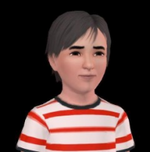 Hi, welcome to Downton Abbey Wiki! Thanks for your edit to the Lady Mary Crawley page.

Things to do Edit

Well, things to do has some articles that need various kinds of help, but some specific things you could do would be to make sure there are articles for all the actors in the cast who play parts in Downton Abbey. Look at pages such as Siobhan Finneran as a guideline for how they should look. Names with red links will be the ones without pages. -- Fandyllic (talk · contr) 12 Jan 2013 12:37 AM Pacific

Backstory on this all is that I had disputes with User:HPR1 over content and I admit I wish I had handled it better then just clicking "undo" when he/she would put it back up even after being unable to source or justify the edit and discussing it again and again. I'd note User:HPR1 gets into these despite with other folks, but most just give up and I didn't.

Then User:HPR1 started threaten violence and making demands I found off-putting (like I'm never to write him/her a message ever again yet also demanding that I acknowledge his demands as well as demanding on knowing my gender which was weird).

http://downtonabbey.wikia.com/wiki/Hugh_MacClare,_Marquess_of_Flintshire?diff=14386&oldid=14381 (Quote: "Remove it, and I will hurt you, for I have written this in before, and you have removed it")

http://downtonabbey.wikia.com/wiki/Mister_Gordon?diff=17830&oldid=17826 (Quote: "Yes, they FUCKING WELL do! In this case, I am correct. Change it, again, and I will sorely make you regret it!")

User:HPR1 has also threaten violence against another contributor. http://downtonabbey.wikia.com/wiki/User_talk:Fandyllic#Not_sure_if_you've_seen_this (Quote: "Do not forget, I can chuck your words back in your face - since I cannot actually hit you, I have no idea where you are, after all - just as easily as you can. Don't test me.")

So I complained and got these really bad apologizes that were pretty much threats (at least and other contributors felt it was). So I complained to the Central Wiki site and they banned me for "not working well with each other." They told me it was only "colourful language" and didn't want to get involved. Just like to note as well that the other contributor that User:HRP1 has seen given up and left editting this wiki. http://downtonabbey.wikia.com/wiki/User:Bluebellanon?diff=18898&oldid=18873 CestWhat (talk) 03:49, January 14, 2013 (UTC)

This does not help your standing at this wiki. You should know that CestWhat has behaved poorly as well, just in a different way. You might react similarly to HPR1 (and ironically you are demonstrating your immaturity), if someone was constantly reverting your changes, even after an admin told the person reverting to stop. -- Fandyllic (talk · contr) 25 Jan 2013 10:37 AM Pacific

Much appreciation for the greeting, that was very kind of you! I'm just glad I finally finished watching and got caught up, so that I can come here freely without spoilers- and I can also edit too :)  QueenBuffy

That's perfectly fine - I wasn't exactly the nicest of people. Glad to have you back - especially now that the person who caused all the arguments in the first place is gone! - hope to speak - and edit - with you soon! HarryPotterRules1 (talk) 18:15, September 15, 2013 (UTC)

Retrieved from "https://downtonabbey.fandom.com/wiki/User_talk:Harrybellamy?oldid=30438"
Community content is available under CC-BY-SA unless otherwise noted.