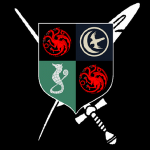 Hi, welcome to Downton Abbey Wiki! Thanks for your edit to the User talk:QueenBuffy page.

Whilst, I completely understand the frustration you must be facing at your wiki if you have a repeat problem user, I'd be very careful of trying to pursue that across different wikis - it could be seen as harassment. Especially if you've come here specifically to target that user and for no other reason. blue (talk) 08:26, June 25, 2013 (UTC)

Oh, and I just noticed. That link you gave to the VSTF isn't there anymore. They've moved the report to vandalism and they've advised you to contact wikia staff using Special:Contact/general. I'd say the same. Contacting wikia staff is your best course. They'll let you know what, if anything, can be done. blue (talk) 13:07, June 25, 2013 (UTC)

re: ding, dong, the witch is dead.Edit

Hello. I am aware that there is a history between you and CestWhat that has been heated, but edit summaries like this aren't acceptable. With the situation resolved, I hope there won't be any further issues but in any case please avoid that type of hyperbole in the future because it can read as threatening. Thanks, --semanticdrifter (help forum | blog) 12:49, July 30, 2013 (UTC)

I have noticed in your Wiki-Footprint that you have much authority, though it didn't indicate.I was just wondering if you were an admin or major authority on Downton Abbey Wiki

Pretty sure I still can't edit my talk page...

You want me to swear I'll never discuss spoiler policy. Even though there's a section of the talk page devoted to it. You're insane. You understand right now that 1) you misinterpreted me, 2) you banned me without justification, 3) you tried to spoil the entire series for me because you got angry over my opinion, 4) you have drawn this out unnecessarily, and 5) you want me to call you "ser" which probably sums up this entire episode and your entire existence in the most succinct way possible. And you can't admit to any of that.

Nope, no deal . We'll see what the other admins have to say. I've got plenty of time on my hands.

I am specifically referring to this edit you made: http://gameofthrones.wikia.com/wiki/Talk:Game_of_Thrones_Wiki?diff=prev&oldid=126535

No, I did not "misinterpret" it nor did I say I did. "Without justification"? I banned you at my own discretion because you were challenging the basic function of the wiki. I did try to remove that spoiler information sorry you got here just as I was removing it.

You drew this out unnecessarily. You're banned. You're supposed to sit down, shut up, and cease to exist. Your opinions on spoiler policy were absurd and the other Game of Thrones Wiki Administrators will support me on this decision.

You chastised us that a "12 hour window" for new information is far too short. No. The moment it airs we post it on the wiki. This is what we've always done. If you have been reading this wiki in past seasons, this would have been obvious. MOST wikis function this way.

I have given you an offer: promise to drop all discussion of spoiler policy, ACCEPT that spoiler policy is that "it stops being a spoiler the moment it airs live", and you can continue editing.--The Dragon Demands (talk) 02:21, April 15, 2014 (UTC)

That "Spoilers" thing was not a permanent subheading. It was the subheading some anonyhmous editor made when they wanted to make a similar complaint about spoilers! It isn't a permanent header! It is not an "official" place to discuss specifically spoiler policy.

As it is, there's nothing against making any comments (about spoilers or anything else) on the main page's "Talk" page....but you seriously thought that was a dedicated section discussing spoiler policy?

There is a section on the main page where the entire discussion revolves around spoiler policy. Thus it is devoted to discussing spoiler policy. I was just participating in that discussion. There is no mention there of anyone doing anything wrong aside from your name-calling. Rconley1 (talk) 02:32, April 15, 2014 (UTC)

If you want to continue editing, I have unblocked you already. If you complain about or even discuss the spoilers policy again, I will instantly ban you. That's the offer.--The Dragon Demands (talk) 02:34, April 15, 2014 (UTC)

That's the third time you've explained your "offer" to me. NO. FUCKING. DEAL. There is a discussion about spoilers, and I am going to participate in it. If you have a problem with that, ban me, and we'll see what the other admins have to say. (BTW, I don't appear to be unbanned at the moment, but I could be wrong.) Rconley1 (talk) 02:38, April 15, 2014 (UTC)

Well I unblocked you and you...appear to be unblocked, I don't know why you'd be unable to edit. I'll let the other Admins handle this, you'll have as much luck with them in changing our spoiler policy.--The Dragon Demands (talk) 02:44, April 15, 2014 (UTC)

All I ever wanted was to voice an opinion. Wikis would suck ass if you couldn't discuss your opinions on the talk pages. Next time, just give someone the benefit of the doubt. Honestly, you have people calling you out in public for being rude to people (higher up in the spoilers subsection). That's no way to go through life. I have edited my message to Gonzalo84 to reflect that you say you've unblocked me. Rconley1 (talk) 02:52, April 15, 2014 (UTC)

I remain completely blocked, unable to edit my own talk page, create a new account, or anything. Can you please double-check what you did? Looking forward to getting this mess overwith. Rconley1 (talk) 17:55, April 15, 2014 (UTC)

Okay, I'm not sure what's happening; maybe because the original block settings were infinite or something. So I blocked you again for "2 hours" then hit "unblock", in the hope that this will remove any other block restrictions -- there don't appear to be any, this is very confusing. Come back against after 4pm EST if that doesn't work.--The Dragon Demands (talk) 17:59, April 15, 2014 (UTC)

The block was made by The Dragon Demands.

While I'd argue that Ned is the protagonist of Season 1, I won't. I understand now that there is not really one character that the action revolves primarily around (whether it's Ned, Tyrion or Danerys) and I will not make any of those types of edits on that Wiki ever again. I'm sorry for doing so to begin with and that it had repercussions as a result. I'm also sorry for contacting you here, but it's the only way I could make that clear and contact you as I cannot even access the talk pages on that Wiki. I will not ask for the block to be lifted before the month ends. I am willing to wait it out as an act of good faith. Futuremoviewriter (talk) 23:45, July 6, 2014 (UTC)

Thank you for the consideration and the offer. I accept, though my editing might be a bit light for the next few weeks. I’m in the process of getting a new computer, as my current one is so old that it can’t properly load wiki sites aside from Wikipedia itself. At the moment all my editing is being done from my phone, which is a bit difficult. ~ Lilyflower422 (talk) 01:59, June 25, 2018 (UTC)

Well in that case please contact me again once you get the new computer (difficult to promote you up right now if you can't work at the moment). Ack.--The Dragon Demands (talk) 05:20, June 25, 2018 (UTC)

Retrieved from "https://downtonabbey.fandom.com/wiki/User_talk:The_Dragon_Demands?oldid=67088"
Community content is available under CC-BY-SA unless otherwise noted.